This year, the Human Dimension Implementation Meeting (HDIM) of OSCE participating States organised by the Office for Democratic Institutions and Human Rights (ODIHR) took place from 16 to 27 September 2019.

With two sessions scheduled per day, the HDIM is an event where 57 OSCE participating States, OSCE Partners for Cooperation, OSCE structures, civil society, international organisations and other relevant actors discuss challenges in the sphere of human rights and democracy, as well as make recommendations for further improvement and implementation of human dimension commitments.

At the Meeting, the Association of Lawyers of Russia was represented by the Chief Adviser for International Affairs, Secretary of the Commission of the ALRF on Legal Framework of Modern Integration Processes of the Russian Federation Cha Mi Vu, who spoke on the rule of law and tolerance and non-discrimination. At the working session “Rule of law I, including: independence of the judiciary, democratic law-making and ensuring equal enjoyment of rights and equal participation in political and public life”, the report was focused on the right to citizenship and obtaining permits by foreign and stateless persons. As for the second session «Tolerance and non-discrimination II, including address by the OSCE High Commissioner on National Minorities and rights of persons belonging to national minorities», the recommendations were related to the phenomenon of “non-citizens” in certain European countries and persons belonging to national, language and other minorities. 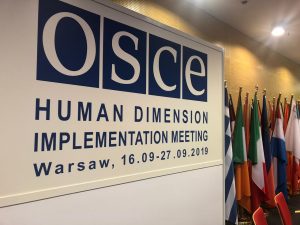 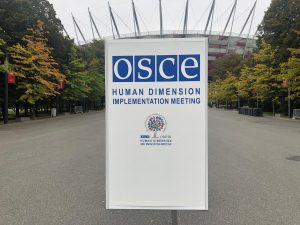 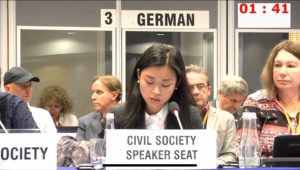