During his visit to Russia, the OSCE High Commissioner on National Minorities Kairat Abdrakhmanov met with representatives of Russian non-governmental organisations in Moscow on June 24, 2021.

The meeting was attended by the Deputy Chairman of the Board of the Association of Lawyers of Russia (ALRF) Stanislav Alexandrov and Head of Department for International Development of the ALRF Cha Mi Vu.

The High Commissioner welcomed the participants of the meeting and spoke about current problems in the sphere of protection of minority rights in Europe, as well as cooperation with state bodies and public institutions of the OSCE participating states.

«Not only to early prevent conflicts on inter-ethnic grounds is one of the key goals of the OSCE High Commissioner’s for National Minorities activities. Our joint task, namely with civil society organisations, is to promote the sustainable development of the OSCE participating states,» Kairat Abdrakhmanov said.

“Participation in OSCE events on human rights, including rights of national and other minorities, is one of the priorities of the international activities of the Association of Lawyers of Russia. As an expert community, we express our readiness to cooperate and contribute to the implementation of the objectives within the mandate of the OSCE High Commissioner for National Minorities,» Stanislav Alexandrov added. 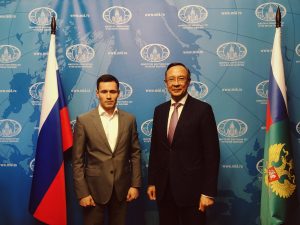 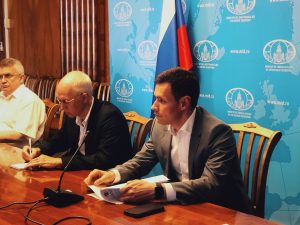