The meeting between the representatives of the Association of Lawyers of Russia and Brazilian Bar Association (OAB) took place on 19 September in Moscow and was attended by the First Vice CEO – Chief of Staff of the ALRF Olga Paramonova and Chief Adviser for International Affairs Cha Mi Vu. Brazilian delegation was represented by the President of the Commission of the OAB on Constitutional Law Marcus Vinicius Furtado Coelho and President of the Superior Court of Justice of Brazil Joao Otavio de Noronha.

Participants discussed preparations for the VI BRICS Legal Forum to be held in October 2019 in Rio de Janeiro, Brazil, as well as aspects of constitutional law and legal cooperation between two countries. ALRF and OAB also noted the possibility of organising a forum of judges in a BRICS format. 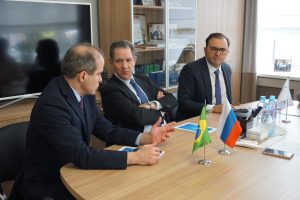 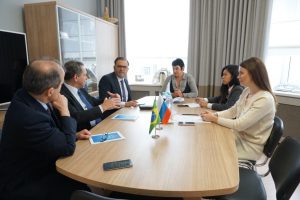