Ambassador of Switzerland to Russia meets with ALRF and SAIL representatives

On May 11, 2021, the Ambassador Extraordinary and Plenipotentiary of Switzerland to the Russian Federation Krystina Lang met with the representatives of the Association of Lawyers of Russia (ALRF) and Swiss Academy for International Law (SAIL).

Co-Chairman of the ALRF, Chairman of the Supervisory Council of the SAIL Sergey Stepashin congratulated Krystina Lang on her appointment as Ambassador of Switzerland to Russia and spoke about the activities of the Swiss Academy, established by the ALRF and partner universities, as well as current admission campaign carried out by the SAIL.

“The Swiss Academy of International Law has been operating since 2019 and is a unique educational project created in the framework of the Swiss jurisdiction. One of the main tasks of the Academy is training legal professionals with knowledge of international law and foreign languages,” said Sergey Stepashin.

The Swiss Ambassador to Russia expressed her condolences to the Russian side in response to the tragedy at the school in Kazan, and also stressed the importance of cooperation between Russia and Switzerland in the sphere of education and legal science.

“Our educational project is primarily aimed at ensuring that students have more opportunities for practicing in international organisations, European and Swiss law firms,” added Alexey Klishin, Rector of the SAIL, member of the ALRF Presidium.

“Due to the assistance and support of the Swiss Embassy in Russia, our students have been in Geneva since February and are successfully taking classes,” stressed the Deputy Chairman of the Board of the SAIL Stanislav Alexandrov.

The participants also discussed areas of further cooperation. The meeting was attended by Vice Rector for Development of the SAIL Nikolai Elistratov, Head of Department for International Development of the ALRF Cha Mi Vu and Head of Scientific Affairs of the Embassy of Switzerland in Russia Andrey Melnikov. 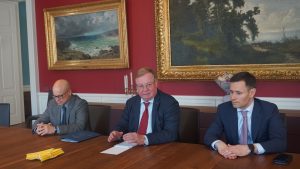 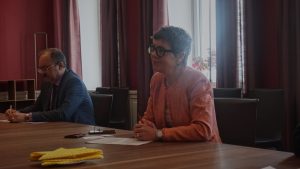 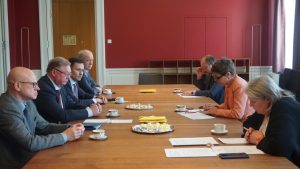