The meeting of the Supervisory and Academic Councils of the Swiss Academic Institute of Law (SAIL) took place on October 27, 2021 at the Office of the High Commissioner for Human Rights in the Russian Federation. The Institute was established by the Association of Lawyers of Russia in cooperation with leading Russian universities. The meeting was chaired by member of the Presidium of the ALRF, Rector of the SAIL Alexey Klishin.

The meeting was attended by the High Commissioner for Human Rights in the Russian Federation, member of the Presidium of the ALRF Tatiana Moskalkova; Co-Chairman of the ALRF, President of the Supervisory Council of the SAIL Sergey Stepashin; Secretary of the Presidium of the ALRF Igor Manylov;  Director of the Institute of Legislation and Comparative Law, member of the Russian Academy of Sciences Talia Khabrieva; Deputy Chairman of the Board of the ALRF Stanislav Alexandrov; Vice Rector of the SAIL for Master’s Programs Oleg Zaytsev; Vice Rector of the SAIL for Development Nikolai Elistratov and others.

Among the participants were also representatives of the foreign partners of the ALRF: Secretary General of the Foreign Affairs Committee of the Brazilian Bar Association Bruno Barata and President of the Bar Association of India Prashant Kumar.

The participants of the meeting discussed the last activities of the SAIL and its plan of work for 2021-2022, implementation of the educational programs in partner universities, launching of LLM programmes and international development of the SAIL. 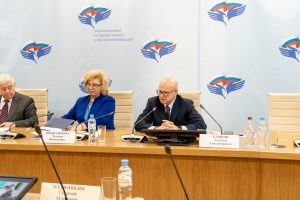 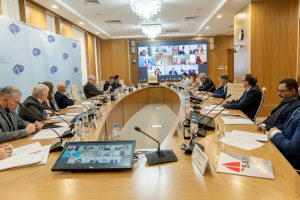 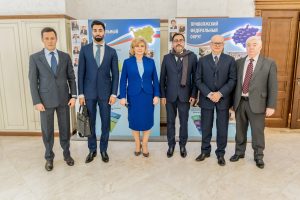