The CEO – Chief of Staff, member of the Board of the Association of Lawyers of Russia Stanislav Alexandrov attended the Supplementary Human Dimension Meeting entitled “On Effective Multilaterism in the OSCE Human Dimension”. The meeting was held on 15-16 July 2019 in Vienna, Austria and attended by representatives of OSCE participating States and OSCE executive structures, as well as representatives of inter-governmental organisations, civil socirty and researchers.

In his speech, Mr. Alexandrov announced the proposal to establish a legal forum where the opinions of lawyers, experts and independent professionals will be heard and taken into account in the OSCE activities. It was also proposed to strengthen the cooperation with the OSCE youth and involve the latest in developing initiatives in the sphere of law. 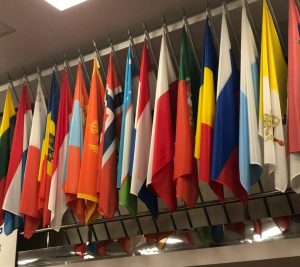