On 23-24 October 2019, Russia hosted the Russia-Africa Economic Forum. The Forum was for the first time held in such a format and brought together African heads of states, representatives of Russian, African, and international business and public authoritites, as well as African integration associations.

In the framework of the Forum, the Association of Lawyers of Russia held their own panel session “Competitive edge of national jurisdictions: drawing on Russian and African experience”. The discussion was moderated by Vladimir Gruzdev, Chairman of the Board of the ALRF.

“Relations between Russia and Africa are deeply rooted. They can have an impact on the foreign-policy agenda. The cooperation between our countries has been developed not only in the military-technical sphere, but also in the humanitarian, cultural and legal spheres”, — Gruzdev said.

Experts from Russia and African countries discussed the ways of improving the competitiveness of the national jurisdictions both for domestic and international business, possible measures to be taken in these purposes, and conditions to be created in order to strengthen the economic cooperation between Russia and Africa and protect foreign investors.

Gabriel Curtis — Minister of Investments and Public and Private Partnerships of the Republic of Guinea (Guinea);

Broadcast of the ALRF session at the Russia-Africa Economic Forum 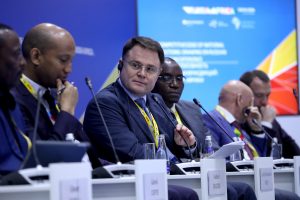 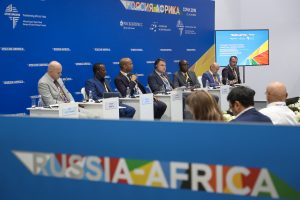 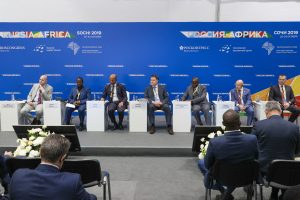